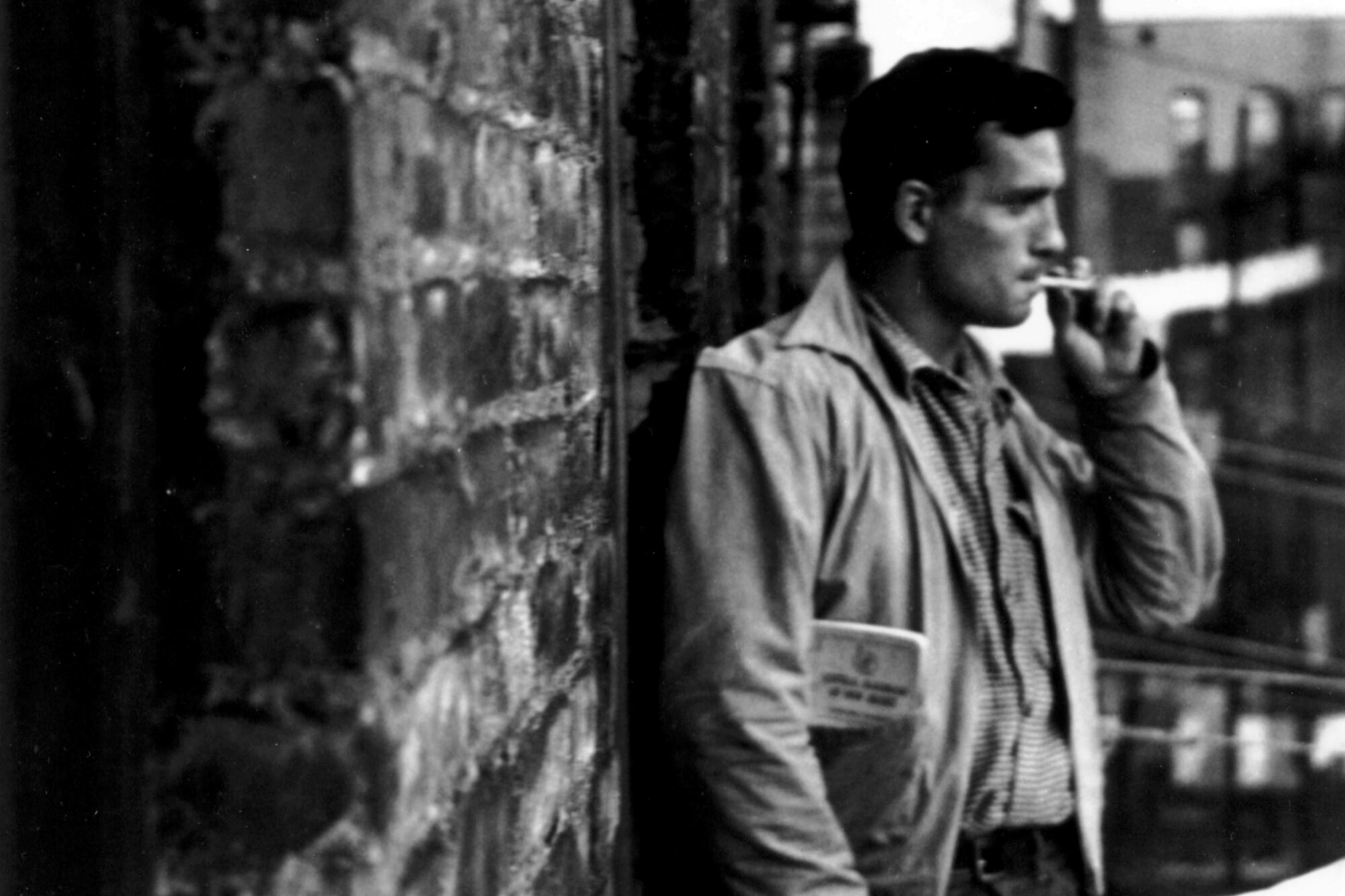 How the Beats Did and Didn’t Inspire Beatitude

Every aspiring writer who happens upon Jack Kerouac’s On the Road—which is nearly every aspiring writer—inevitably tries to write like Kerouac. I did, in the first half-dozen drafts of my first novel, Beatitude. For a book inspired, in part, by the Beat Generation writers, a book in which Kerouac and Allen Ginsberg actually feature, it made sense, right?

My poet friend Sparrow, who appears as a character in the book and provides a counterpoint to the protagonists’ Beat enthusiasm, read one of those early drafts and, in the margin next to a single, paragraph-long sentence, he wrote: “Too Beat!” That sentiment actually applied to the entire manuscript—too Beat, too much. I realized that no one can write like Jack Kerouac. No one.

I started over, searching for my own voice. Several versions later, I finally found it. But I kept that single too-Beat sentence in the 274-page published version of Beatitude because, in context, it works. And it serves as a reminder of my naïve effort to be Beat, a time-bending nod to who I was from who I became.

Kerouac himself attempted to emulate his own literary hero, Thomas Wolfe, in his first novel, The Town and the City, with admirable but unremarkable results. Frustrated, he struggled for years to hone his style before finally perfecting what he dubbed spontaneous prose, a comma-flaunting, syntax-taunting approach distinguished by a breathtaking amalgam of jazz rhythms, earnest spirituality, shameless romanticism and tender idealism.

Kerouac makes it seem easy but it isn’t. Joyce Johnson, whose extraordinary memoirs Minor Characters and Door Wide Open chronicle her experiences as a peripheral Beat and Kerouac’s one-time paramour, also read an early draft of Beatitude and told me that there are many writers whom “Beat principles (or, yes, propaganda) have led astray.”

The propaganda includes the story of how On the Road was written, a story that Kerouac alternately fueled and refuted. Legend holds that, in April 1951, Kerouac wrote On the Road on a portable Royal typewriter in a three-week burst of inspiration propelled by a potent blend of caffeine, nicotine and possibly Benzedrine, avoiding the pauses caused by having to change paper by taping together pieces of Teletype to create a 120-foot scroll. The scroll part is true. But Kerouac didn’t write On the Road off the top of his head. For years, he had kept notebooks about his cross-country trips with best friend Neal Cassady with the goal of writing a “road novel,” and he surrounded himself with those notebooks when he sat down to compose the first draft of what would become his spontaneous prose masterpiece.

And it was a first draft. In 2001, the iconic scroll was auctioned at Christie’s in New York and won by Jim Irsay, owner of the Indianapolis Colts, for a bid of $2.43 million, the highest price ever paid for a literary manuscript. As was evident while the scroll was on display prior to the auction and during a tour Irsay organized afterward, the scroll is one long single-spaced block of text. A close look, however, reveals Kerouac’s own revisions and the paragraph breaks he inserted when he immediately began retyping the manuscript in a more traditional format, an endeavor he would undertake three times. The publication of the scroll version of On the Road in 2007 finally revealed just how much editing Kerouac (and others) had done. Efforts to make the book more “literary” made it somewhat less spontaneous, though more than enough of the original survived, raw and intact, to push buttons as well as the envelope.

The legend persists because it makes a great story—better with every retelling—and because it provides evidence that it’s possible to write a polished and publishable novel in less than a month. Every writer would like to believe that. I would, because I can labor for hours to perfect the cadence of a single sentence. For those who still want to embrace “first thought, best thought,” however, despite evidence to the contrary, Kerouac provided two sets of maxims detailing the madness to his method: “Essentials of Spontaneous Prose” and “Belief and Technique for Modern Prose: List of Essentials.” Usually interpreted as how-to manuals, both lists are really more notes by Kerouac for Kerouac, descriptions of his own approach, inimitable and often impenetrable, as anyone who’s ever tried to practice them discovers.

Some are straight-forward, devoted to the mechanics of writing. Kerouac cautions against craft (“Craft is craft”), pausing “to think of proper word” and periods “separating sentence-structures already arbitrarily riddled by false colons and timid usually needless commas” (unlike that one!). But the “Essentials” that get to the essence of Kerouac’s approach are more ephemeral: “Be crazy dumbsaint of the mind,” “Blow as deep as you want to blow,” “Be in love with yr life.” One of the most popular is “You’re a Genius all the time,” which is, unfortunately, just not true. Not for Kerouac or anyone else. Most are lucky to be a genius a fraction of the time.

I’ve read and absorbed nearly all of the literary output by the holy Beat triumvirate of Jack Kerouac, Allen Ginsberg and William S. Burroughs, in addition to works by fellow Beats Neal Cassady, Gregory Corso, Gary Snyder, Amiri Baraka and Diane di Prima. I’ve read even more books about them. The Beats did influence me, but not in the way you might expect. Most significantly, my best friend and I bonded over the Beats, or that part in us the Beats stirred. I’ve dreamed of being an author since I was a kid, and the Beats as well as a hundred other authors inspired me—not to write like them but to write. Rather than follow Kerouac’s road, I ultimately followed my own, one less traveled by. And that has made all the difference.